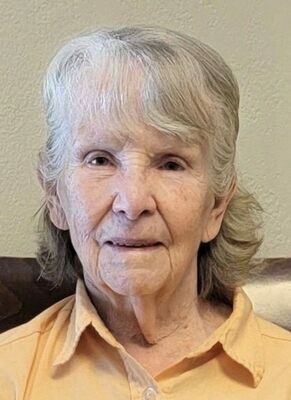 Each week we share about one of our residents with you in this article! We enjoy sharing our residents with you all and hope that you enjoy reading about our residents and their amazing lives.
Judith “Judy” Fleming was born November 11, 1939, in Union Town, Pennsylvania. Judy and her brother, Charles, were raised by their father, Charles Hicks, and stepmother, Ruth Hicks. Judy grew up in Union Town, Pennsylvania. They lived by some woods with a beautiful creek running through. Judy loved playing with her brother, Charles in the woods. They’d explore, climb trees, and go swimming in the creek. Life was simple then. Judy graduated from North Union High School then enlisted into the military. Judy was in the Army Corp. and trained as a medic. Judy served for 2 years.
While in the military, Judy met her first husband, Marvin Dike while in Texas training to be a medic. Marvin also served in the Army for 20 years. They met at the NCO club and married shortly after. Together, they had five children: Charles, Timothy, Laura, Daniel and Maureen. During their marriage they moved around a lot because of the Army; Alabama, Texas, North Caroline, and Germany to name a few. In Germany, they did not live on the military base instead a German family welcomed them into their home. They lived there for four years. Judy’s family had their own apartment in the upstairs of the home. The family did not speak much English, so Judy learned to speak German. She remembers a lot of good times had with what became their second family. Judy and Marvin married young and ended up growing apart. Judy raised her five children on her own, which is an accomplishment she is most proud of.
In 1973 she met the love of her life, Billy Fleming. Billy was an amazing man who loved Judy and raised her children as his own. She can’t praise him enough for the man he was. Billy also served in the Military and once he retired the family moved to Pattonsburg, Missouri on a small farm. At first, they had pigs, but they weren’t fans, so they decided to raise sheep. Billy passed away in 2019. They were together for 46 happy years.
In Judy’s spare time she enjoys sewing, crocheting, painting, and tending to the garden. She grew lots of vegetables this summer at DCNR and she cares for the flowers around the facility! Judy is a wonderful asset to the facility and is always looking for ways to help. If Judy isn’t out and about socializing, she’s probably in her room reading her bible. Judy’s advice that she’d like to share is “Trust the lord.”
Judy has a servant’s heart and is always being helpful around the facility. Judy enjoys being active in the day to day at Daviess County Nursing and Rehab! DCNR is the only long-term care and skilled nursing facility in Daviess County, Missouri. Located in the county seat, Gallatin, MO, Daviess County Nursing and Rehab is here to serve all of Daviess County and beyond. We offer long term stays; skilled rehab stays as well as outpatient therapy. If you are in need of a rehabilitation after an illness or surgery or long-term care, please give us a call! (660) 663-2197 or email us at jennie@osbycorp.com.

Christmas at the Quilt Museum 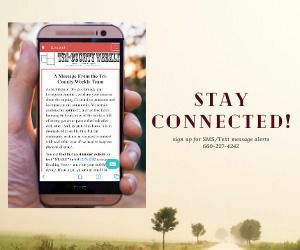